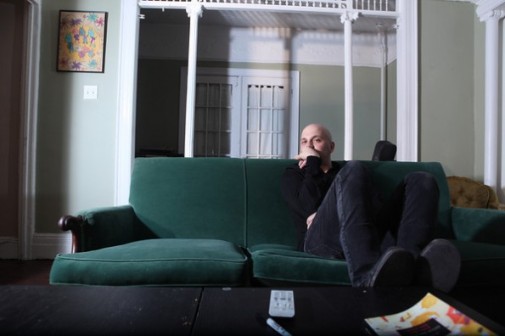 The list of artists is pretty impressive. Dum Dum Girls, DIIV, Mac DeMarco, Beach Fossils, Wild Nothing, Holograms, Minks, or Perfect Pussy among others have something in common. They were all discovered and raised by Captured Tracks, the same independent label that has just signed Mourn, one of Barcelona’s newest young talents. Founded in 2008 by Mike Sniper, they shared offices with Mexican Summer and Academy Records before settling in Brooklyn and making themselves a name being a world reference for emerging bands.

It is a pleasure to inaugurate a new section in Rockast of the less known  side of the music industry, with its owner Mike Sniper. With nearly 200 releases since 2008, they have very clear ideas, and their expansion has become a reality this year with the creation of Omnian Music Group, which includes companies like Body Double, Fantasy Memory, New Zealand’s Flying Nun, Seattle’s Couple Skate, or NY’s Thing Squirrel.

Mike knows what he’s talking about, and he gives his opinion in an interesting conversation about the industry problems, the big labels, internet or the future plans for the Captured Tracks family.

Mike, what would you think it must be the philosophy of a record label?

I always liked Daniel Miller‘s quote about Mute, that it’s firstly about finding artists you and your staff are passionate about and then working together to get it as far as you can. In 2014, I still agree with that, but I think there needs to be more of a commitment these days. Anyone can start a “label” with a bandcamp and do 100 releases a year. There needs to be a focal aspect to A&R and seeing projects through to their completion.

Is the fact of taking risks a main point for a record label? In the sense of signing artists that are yet to be discovered like you do?

Absolutely. And that refers back to the above question, really. You need to be willing to commit 100% to the project. Even our smaller first record bands is a very large financial and time consumer for us, so you need to think long term. You know, a marathon, not a 100m dash.

What it is necessary in this decade or in these days in order to make a record label work? Why do the big labels complain so much?

Big labels don’t understand the market. They’re entertainment conglomerates more than labels and they’re using the same marketing ploys that worked 10 years ago today and it’s not working. To add to that, their new ideas are bad. They’re not A&R companies. There’s no David Geffen finding Joni Mitchell or Ahmet Ertegun and Jac Holtzman with The Doors… those kinds of people aren’t in the major labels in the A&R perspective.

Is the internet culture of “Now and Here” making it difficult to release reissues like you’re doing? Or do you think that’s a different part of the market for another type of consumer? 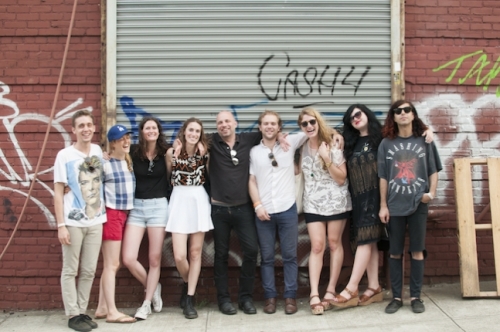 “Big labels have given up on selling music. They’re all about branding a character or persona”

What’s your opinion about the internet and the massive information we have each day? Is it positive or the music and their professionals? Who is the most affected?

It’s a lot of noise to sift through. You need to curate. If you add to that noise you’re just over saturating. I think it’s positive for musicians in that the indie audience is around to hear you and it’s not like the 90’s where you need a huge college radio and print campaign to even get your music into stores. From the listener standpoint it’s great. For quality of music, it’s pretty bad. For the same reason. You don’t need to financially commit to creating an LP so you can release willy-nilly with no rhyme or reason. It’s a lot to sift through without a buyer’s commitment to give a release a real chance. If you spend $10-$15 on a record, you’re going to listen to it a few times at least before trading it. But now, people can just sift through the miasma for free, so if you don’t like something the first time, you’ll likely not return to it. About half of my favorite artists I didn’t like at first, but I paid my money to hear it so I kept listening.

Is the internet dehumanising the way we consume music or are we getting scared or too negative as it’s a market which is relatively new?

I don’t think it’s dehumanizing. I think it’s abject to natural taste forming. For example, I used to hit the $1.00 bin cassette cutout bin at my neighborhood record store all the time. That’s how I heard my first Wire, Gang of Four, The Wipers, all that great stuff. I heard of these bands but never HEARD them. The excitement of finding it and putting it in my car stereo on the way home was a real experience. The fact that everything is at the touch of a button and a whole catalog of an artist can be consumed in a day and then it’s “move on” to the next thing is probably making a very jaded audience. Those were revelations to me and now it’s very ho-hum.

Should we change the typical question about “Digital or Analog”, as it seems more obvious that today is a matter of balance?

I don’t think the means of listening matters, it’s just personal preference. I think the real difference is the passive music experience vs. the whole idea of choosing an LP, CD or tape, maybe having a drink and sitting down and listening to it. I think most music is now consumed in a collapsed YouTube video or randomized Spotify.

According to Billboard, there are no platinum albums from 2014 yet. Is it just statistics or should we think about what this means?

It’s just streaming. Artists who would be platinum are on labels who have given up on actually selling music, they’re all about branding a character or persona. You buy into the image and lifestyle of Nikki Minaj. You stream it, you read about whatever she’s doing in the dailies. I don’t think there’s a clamoring of people waiting to get an LP.

“Indie culture is like Normcore fashion translated into music”

There’s a lot of talk now in Spain about the indie concept, the hipster culture and why it is cool or uncool. Do you think when we talk about “indie” and “mainstream”, they’re words that are becoming outdated as sometimes it get more difficult to make a difference about them?

There’s a conscious effort on “indie” bands to become mainstream these days. More overt than in the 80’s or 90’s where you had crossover bands like R.E.M. or Nirvana or Smashing Pumpkins. There’s no idea of toppling what mainstream music is like there was at the time of those acts. “Indie” culture embraces mainstream music in a detrimental way to me. If you read about most top-tier indie artists they are jumping over the moon to collaborate and be accepted by Beyonce, Rihanna, etc. It’s like Normcore fashion translated into music. Indie music is like a “lesser” mainstream if that’s the case, which is stupid. It should be what it’s always been, a smaller niche catering to other tastes, and within that you’ll have breakthrough artists and new ideas.

I actually want indie artists to be contrived and even pretentious. Those words are considered evil but I think it would be refreshing for someone to cultivate an idea from a lot of laborious thought (Contrived) while trying to be something more than they are (Pretentious).

C/T bands sounds very fresh and very different, but is there a style that you’re sure you wouldn’t release?

No! I listen to a ton of jazz, metal, samba, hip hop… I’d never release anything we couldn’t service really well but I would sign any band I really liked. 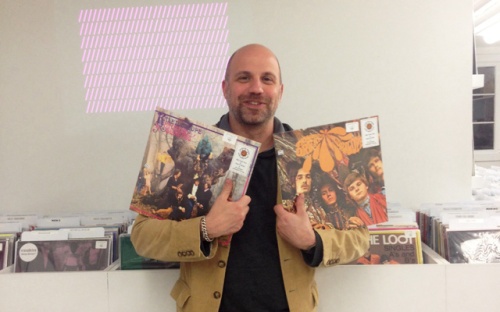 Here in Spain we have some bands that are doing good lately, like Deers, Mourn, El Último Vecino or even Ataque de Caspa, is there something from down here you’d like for C/T?

Watch Pitchfork tomorrow in response to newer bands, you’ll be pleasantly surprised? I love Ataque Du Caspa, but they’re an 80’s band, no?

You have released some of the most interesting bands in the last few years, but do you have a favourite or the best is always yet to come?

Would it change something for C/T if a massive anthem came out of one of your bands? (I personally think you’ve got at least some bands that are there, and think about Diiv, Beach Fossils, Wild Nothing…)

Yeah, we do have our “anthems.” I think “How Long Have You Known” by DIIV, “Daydream” by Beach Fossils, “Ode to Viceroy” by Mac DeMarco, “Summer Holiday” by Wild Nothing are anthems in their own worlds. I don’t know if there are really anthems in indie these days?

What’s the best and worst part of managing C/T?

The answer to both: working with artists. No one is always happy!

What are your expectations of Omnian at this point?

We just want to work with more people and expand the types of music we service while growing at a rate that no project feels left behind. We want to be a holistic company that isn’t a hinderance to growth but isn’t lacking what an artist needs to grow to the next step.

Any short/long term plans that you have in mind at this point?

We’re starting a whole slough of projects for 2015. It’s going to be a massive year for us. I’m preparing myself for the insanity…